Welcome to the world of Jed Strait, where jetpacks and airships are as common as dark streets, flying bullets, and femmes fatales. This Dieselpunk series is set in an alternate version of late 1940s Los Angeles where killers lurk in the shadows, where a wealthy ex-actor leads a cult of people who believe in alternate worlds, where an old inventor has infinite tricks up his sleeve, and where Jed Strait just wants to find a way to stop feeling like such a fish out of water in a world that won’t let him forget he doesn’t fit in. 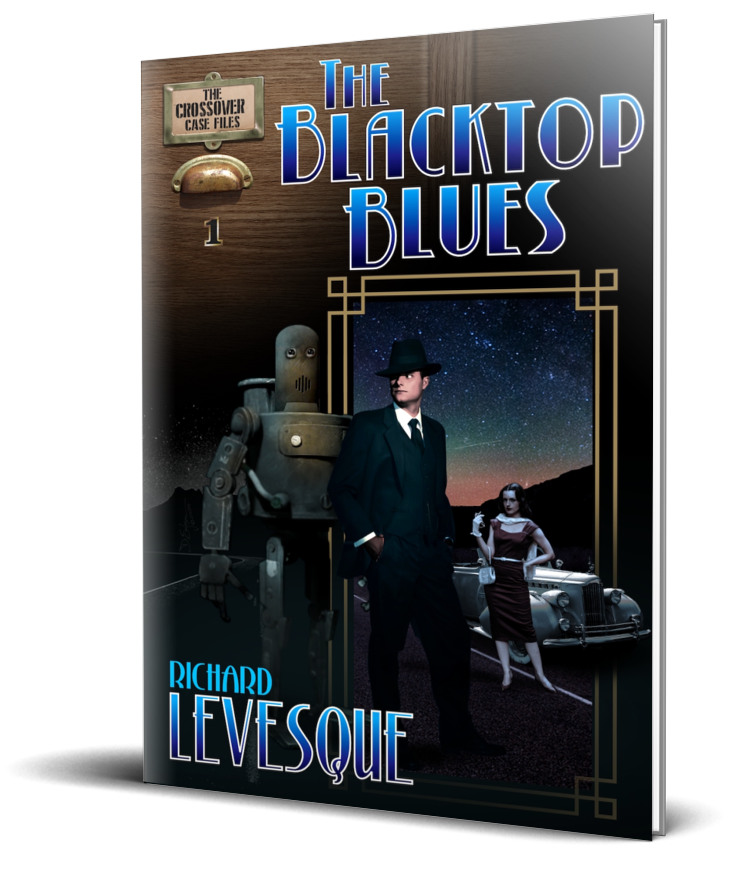 Jed Strait made it through the war unscathed. Or at least, that’s what he thought. But now that he’s home, he’s not so sure, because he’s plagued by horrifying flashbacks. Only, they’re visions of events that never occurred.

All he wants is to reconnect with the woman he left behind and get on with his life, but according to the visions, that’s the worst thing he could do. If he follows Annabelle to LA, his nightmares could actually become real, but staying in New York with no Annabelle and no explanations will surely drive him mad. 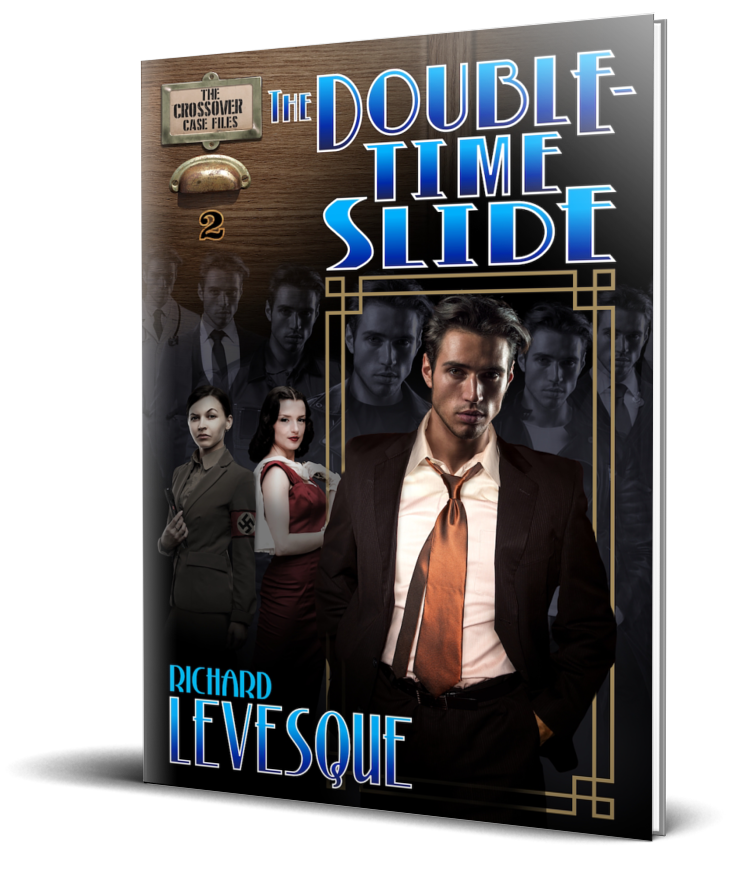 A chance encounter with a burlesque dancer drags Jed Strait into the sleazy alleys of Los Angeles, where he finds the police following a string of murders along a path that will lead them straight back to his assistant.

But Jed’s efforts to unravel the truth and clear Carmelita’s name are frustrated when his witnesses keep turning up dead. Is the killer onto him? Could Carmelita be playing him for a fool? It’s all on the line as Jed races to find the killer – whoever it is – before he himself becomes the sour note at the end of The Double-Time Slide. 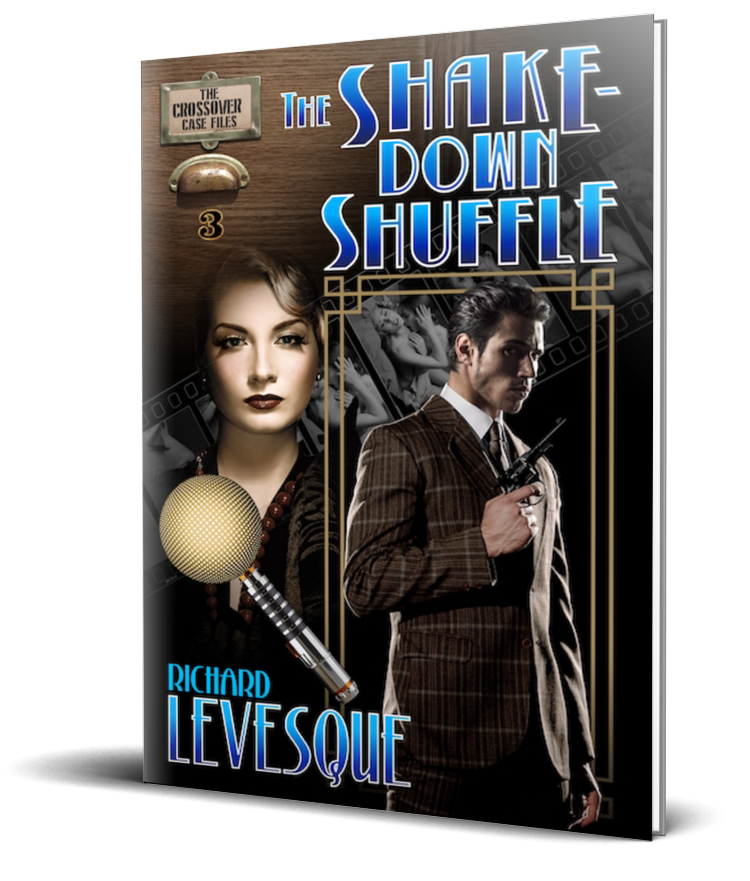 Hollywood is a town full of secrets, and you’d think that would mean steady business for an investigator like Jed Strait. But when his trusty robot assistant goes AWOL just as his only case takes a deadly turn, Jed is forced to make a difficult choice: Save his business, or save Carmelita from the mysterious new boyfriend who seems too good to be real.

No matter how Jed plays it, somebody is bound to lose now that he’s riffing to The Shakedown Shuffle.

Available Now for at the Special Pre-Order Price! 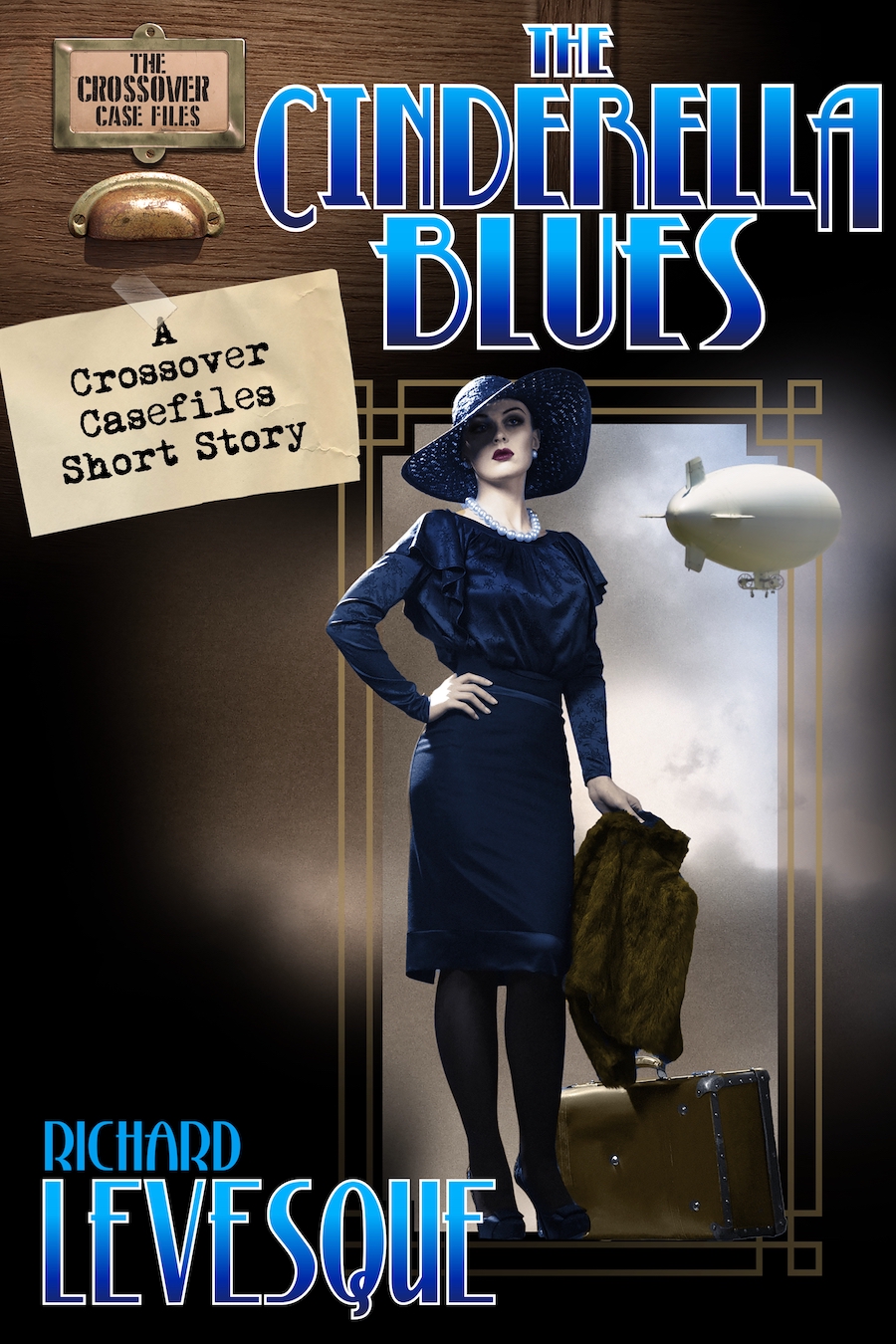 Jed Strait doesn’t normally babysit, but when the Private Investigator is offered the job of making sure a socialite stays out of trouble, he takes the gig–partly for the money, partly because it will help build his reputation as a stand-up guy. Of course, if he blows it, his reputation and his fledgling business will be in the gutter.

To ensure his success, Jed relies on some high tech help, but technology has a way of going wrong. And when it does, he has to scramble to keep himself and the heiress out of all the trouble she’s looking forward to getting into.

“The Cinderella Blues” is a stand-alone short story set in the universe of The Crossover Case Files, a new dieselpunk series set in an alternate 1949 where World War II ended in a stalemate and Jed Strait is doing his best to survive in a world that reminds him at every turn that he’s a fish out of water.