Shelley Adina and R.E. Scott interview each other! 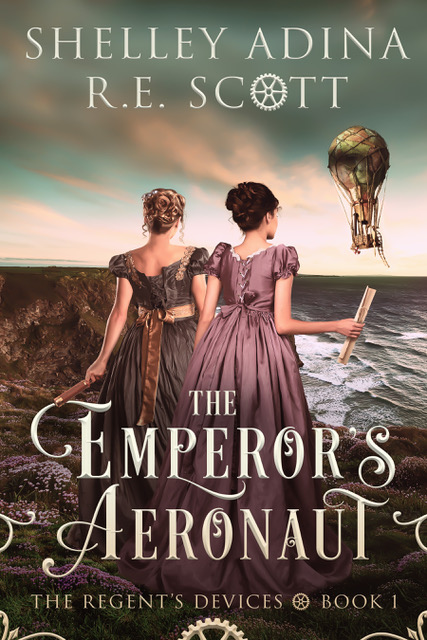 Hello—do come in! Would you like a cup of tea? Lemonade? Ratafia? We are Shelley Adina and R.E. (Regina) Scott, the authors of The Regent’s Devices series, releasing this year. Regina describes the series as “Jules Verne meets Jane Austen” and it features two female protagonists. Regina writes the chapters of Celeste Blanchard, the fictional daughter of real-life aeronaut and Napoleon’s Chief Air Minister, Sophie Blanchard. Shelley writes the chapters of Loveday Penhale, the girl next door to Gwynn Place, a manor house you might recognize from her Magnificent Devices steampunk series. (For the sharp-eyed among us, Loveday is Lady Claire Trevelyan’s great-grandmother.)

The first book, The Emperor’s Aeronaut, launches May 4. The second, The Prince’s Pilot, comes out July 27, and the third, The Lady’s Triumph, on September 28.

We’ve given The Regent’s Devices series the sobriquet “Prinnypunk,” because it’s steampunk set in the Regency era. Now, we’re going to take over Coffee Time’s drawing room and have a delightful natter with you all.

Well, if decopunk and dieselpunk come after steampunk, what comes before? Why, Prinnypunk! You may know that “Prinny” is what people called the Prince of Wales, son of mad King George III, whose Regency lasted from 1811 to 1820. In our world, instead of being a corpulent, abusive fool, the prince is affectionately known as the Tinkering Prince, studious and mechanical and grieving the loss of his daughter. Prinnypunk is named in his honor—and for the subversive nature of women makers and engineers working against all odds to create what they believe in. Plus, I can’t wait until we get to dress up for events. The clothes! The goggles!

Regina, what prompted you to reach out and propose our teaming up?

It started with my love for your books and the world you built! I had discovered Marie Madeleine-Sophie Blanchard while doing research some time ago and dreamed of featuring her or someone like her in a story. I mean, the first air force in the world is led by a woman! How could I walk away from that? When you expressed interest in Sophie as well, I thought, why not team up? And it has been a match made in the heavens.

Shelley, what’s your favorite steampunk element in the book?

Half the fun of writing this series was dreaming up the technology. Some of it is based on actual drawings and patent applications from the period. Some will be familiar to readers of the Magnificent Devices series, and some of it is only a twinkle in our characters’ eyes. But the basis of it all was that when Upper Canada was purchased from Napoleon (since in the Magnificent Devices world the Louisiana Purchase never happened), he suddenly had an influx of cash to indulge his mania for technology. Hence we find sous-marins (steam-powered submarines), behemoths (a kind of armored vehicle), guidance systems, velocipedes, and best of all, automoutons. Regina invented these little cleaning devices that glide along the chair rails and cornices to do the dusting in the Tuileries, Napoleon’s palace in Paris. They have woolly bodies and feather-duster tails. The French word for sheep is mouton… so once she got done laughing, Regina let me name them.

Regina, why the Regency period rather than the more typical Victorian… besides the fact that you’re one of the most knowledgeable authors currently writing fiction set in that period?

:: blushes:: I do work hard for authenticity. And I love research, almost as much as the writing! But the Regency is such an inviting period for alt history. It is on the cusp of the Industrial Revolution, with amazing inventions around every corner. And Napoleon makes for an excellent villain. He truly was a huge proponent of science. While Wellington defeated him at Waterloo in real life, in our world, the Emperor’s technology has given him an edge, and he’s still threatening all of Europe. All that makes for a rich story arc.

Shelley, can you tell readers how we went about building our world?

Some of it was already established in readers’ minds from the Magnificent Devices series. But for readers coming in who might not be familiar with that world, we began with locations that exist in real life—the Roseland peninsula of Cornwall, Napoleonic Paris, the coastal town of St Malo, and of course Mont St Michel and Saint Michael’s Mount, which face each other across the English Channel as though they were made to be staffed by the Aeronautic Corps! The estate of Gwynn Place is based on the real-life estate of Trelissick, now held by the National Trust. And who knew that St Malo used to be a pirate port? Well, we had to use that. Since the art of ballooning began in France, Paris was the natural choice to turn into a city where technology is celebrated and inventors are in the service of the Emperor.

Regina, following on my last inquiry, what did you want to see as we wove true history into our alt-history trilogy?

We had to stay true to the period ethos. So, although Loveday Penhale tinkers in her own workshop at the back of the family stables, she is expected to attend balls and seek a husband. Celeste Blanchard may be the daughter of the celebrated aeronaut, but that only makes her more useful to Napoleon in arranging a marriage she desperately wants to avoid. So desperately that she attempts to fly a prototype balloon across the Channel to England to prove it can be done, only to crash nearly on Loveday’s doorstep. Thus, an unlikely partnership begins.

Shelley, speaking of partnerships, our collaboration was fairly smooth because we’ve been friends for ages. I’m still wondering how we did it!

I’m just glad we did, Regina! I think the most difficult part was figuring out how we were going to do it. Would one of us do a draft and the other edit it into shape? Would we take chapters turn about? Or would each of us take a heroine and write her chapters from her point of view? In the end, we went with the last choice, as it made the most sense. Then we expanded to the two gentlemen’s points of view—Emory Thorndyke and Arthur Trevelyan. We agreed on a contract, on publication dates, and then we collaborated on the plot outline for book one. In book two, the scene moves to France, and you pulled out all the stops—danger, explosives, automatons, and dastardly plots at the highest levels of Napoleon’s court!

Regina, since we’ve both written romance, how do you see romance figuring into the stories?

You have only to read one of Jane Austen’s novels—or any of the wonderful Regency romances of today—to see that finding the right match was an important concept in the Regency. Loveday and Celeste are no exception, even though they are exceptional inventors! While they occasionally butt heads with the male-dominated engineering world of the time, there was bound to be gentlemen who appreciated their worth. And of course, for there to be a Lady Claire a few generations down the line, there has to be a romance between Loveday and Arthur.

Thank you for joining us for tea today as we interviewed each other. I hope you enjoyed it as much as we did! 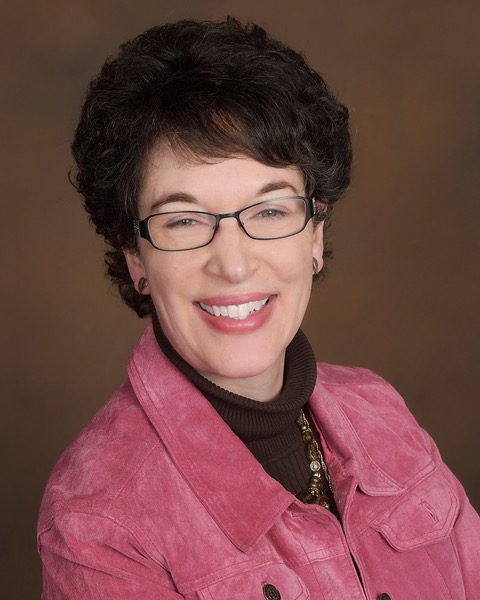 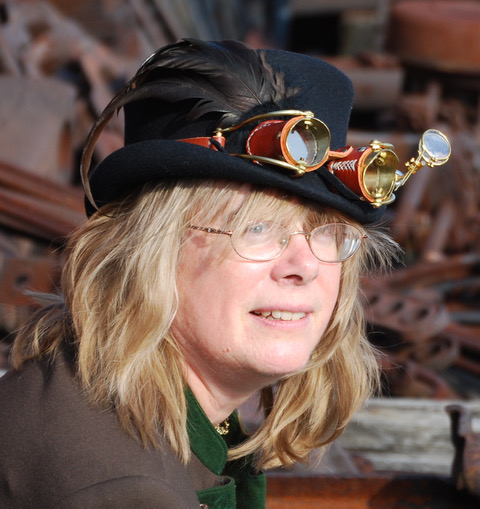