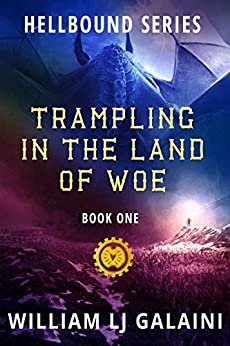 Trampling in the Land of Woe

In New Dis, there is no rest for the dead. Sprouting from the rim of Hell’s depths, not even this bohemian city of the afterlife—full of mercantile enterprises, engineering innovations, and political intrigue—is immune to the tragedies filtering down into it as war and endless suffering rage on Earth above.

Hephaestion, general, confidant, and lover of Alexander the Great, has one goal: rescue Alexander from the torment of Hell. Yet far more souls bar his way than he’d ever anticipated, and Hephaestion, with the help of new friends and comrades, will have to use both brains and brawn against some of the underworld’s most unsavory opponents. 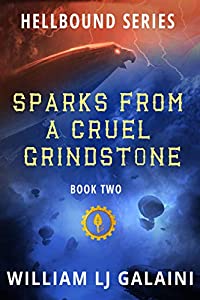 Sparks from a Cruel Grindstone

Can vengeance against an ancient enemy wash away her centuries of shame?

They come from the smoky depths of Hell’s pit. Remnants of the shattered Pious Legion, these hateful castoffs of Earth’s Roman Empire, seek to conquer. Armed with maddening gas, Maximinus Thrax’s airships swarm the skies like vengeful locusts, reducing entire populations to ash.

For Boudica, the forgotten Queen of the Iceni, it’s a familiar fate. Having failed against Nero on Earth, her civilization was wiped from history due to her backfired efforts of liberation.

As Thrax’s assault eliminates the peaceful enclaves of New Dis, what can the failed warrior queen do to protect her city, the innocent peoples within, and her beloved friends? Will Boudica shake off her anonymous refuge and crushing shame to face the Romans once more, or collapse into the dust of history once more? 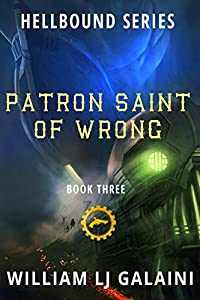 The final pieces have been played and the architect of New Dis’s upheaval has been revealed. With Hephaestion indisposed and Boudica missing, few heroes remain to rectify the oppression promised by this new enemy. Who will face them? Who will lock horns and spar with this mighty power of industry, finance, corruption, and hubris?

Yitz, determined to rescue his wife Adina from her captors, finds himself in the precarious position of both leader and savior—not just for his love, but for all of New Dis. Leading a motley crew of misfits, the troubled and timid husband delves into Aztec horrors and mechanized war machines to befriend demons and forge alliances. He must not only save the future of New Dis, but hold his Adina once more.