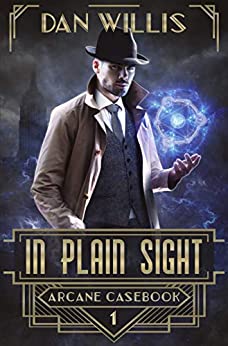 When a magical plague is released in a Depression-era New York soup kitchen, private detective Alex Lockerby finds himself in a desperate hunt to catch a madman before he can strike again.

His investigations lead Alex to a famous thief, a daring heist, and the search for a mythic book of ancient magic, but none of that brings him any closer to finding the man responsible for the massacre. With the police and New York’s Council of Sorcerers desperate to find the culprit, Alex becomes a suspect himself, thanks to his ties to the priest who ran the soup kitchen.

Now Alex has his book of spells, a pack of matches and four days to find out where the plague came from, or that authorities will hang the crime squarely on him. 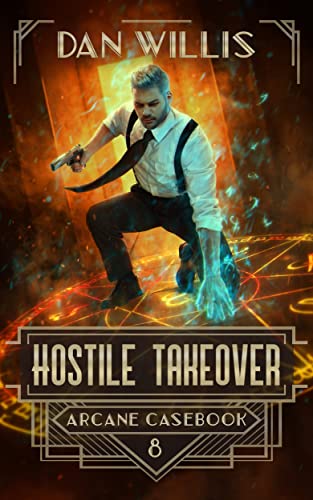 Manhattan real estate has always been to die for, but now someone is willing to kill for it and Alex Lockerby is right in their way.

When Alex steps in to stop a gang of thugs trying to bully a client into selling his house, he suddenly finds himself neck deep in a world of shady deals and organized crime. Add to that the death of a highly placed runewright that looks like murder for hire, and Alex quickly finds himself with a price on his head and a target on his back.

As Alex tries to stay one step ahead of the mob, Sorceress Sorsha Kincaid has her own problems. Cursed by the Legion, her magic is being slowly bled away, leaving her weaker and weaker. Despite Alex’s best efforts, they’ve barely managed to slow the curse down. Now Sorsha has to face the two most important questions of her life; where is her siphoned power going, and what will happen to her when it’s gone?

With time running out, Alex must navigate a twisted vortex of corporate sabotage, mob murder, and dark magic that threatens to cost him everything he holds dear.