What do I write? Let me show you!

Since joining up with Shadow Alley Press I’ve been much more prolific than I’d been in the previous years of publishing. The first series launched with them was the Viridian Gate Online Extended Universe, Firebrand series. This was a LitRPG high fantasy adventure, with a very cool Steampunk inspired character—Robert Osmark—who is the primary antagonist for the first four books of the main series (more on that in a second!) 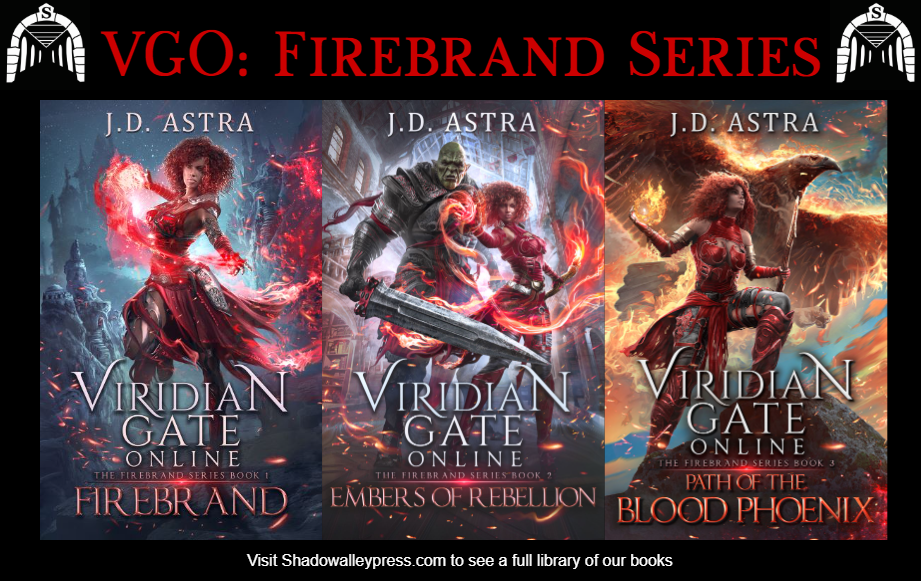 In Firebrand, we follow Abby Hollander, a game developer working for a huge corporation that’s humanities last chance of survival. A world killing asteroid was discovered on a collision course with Earth, and all other ideas to divert or stop it have failed. With time running out, people are fleeing into the immersive virtual reality massive multiplayer online game Viridian Gate Online, leaving their bodies behind.

When Abby discovers hacked code created by her boss, Robert Osmark, she knows he’s up to no good. She teams up with one of the game’s Ais and a friend from college to discover the truth and put an end to the would-be-king’s plot. The three-book series follow’s Abby’s transformation into a powerful fire wielding sorceress who is a force to be reckoned with. 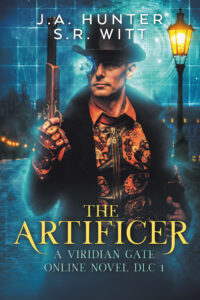 He got his own very Steampunky book, The Artificer, written by James Hunter & S.R. Witt (who is not me in disguise).

The antagonist, Robert, goes through his own crazy trials as the people he gave early and advanced access to backstab him. With only his right-hand-woman Sandra and a shady drug lord Aleixo, Robert has to retake the empire he’s built from the ground up back in IRL (in real life, gamer term!) 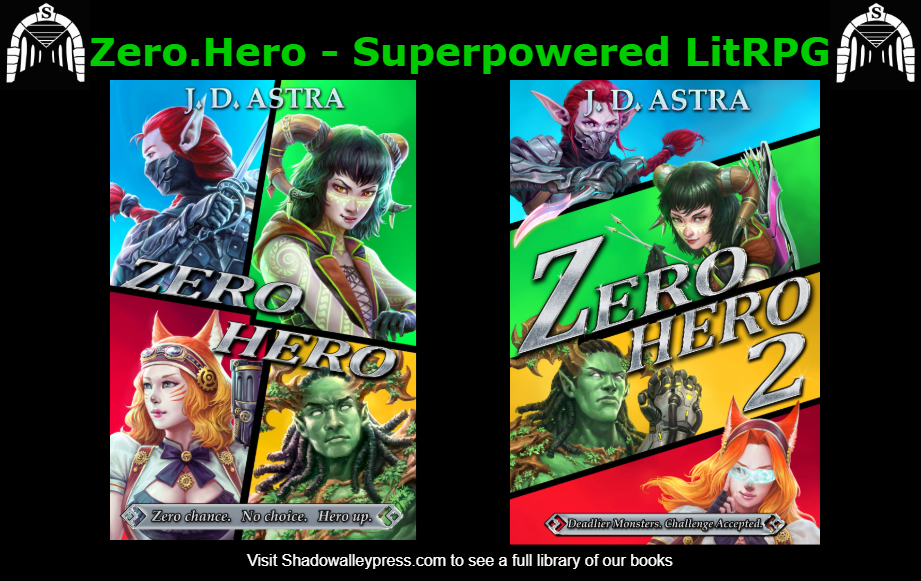 Zero.Hero – A LitRPG Slice of Life

My next series with Shadow Alley had the most Steampunky inspiration of all—Zero.Hero. This is as-of-yet incomplete, but I intend to write the final book in the series this year.

Four low level heroes, Claire, Elise, Piper, and Norah, prowl the streets at night as their characters from their favorite tabletop game, Terra’s Heroes. Normal humans by day to attend school, and work boring part-time jobs, the heroes perform a sailor moon style transformation to become the underpowered creatures from the game.

When the city is left turned upside down without another hero in sight, the team will find strength in their weaknesses, and harness the power of the game to overcome the hidden enemy.

Norah, the fiery fox-faced girl was my absolute favorite to write. So much passion, so bullheaded and opinionated, and of course, steampunk pistols and alchemy on-the-go! 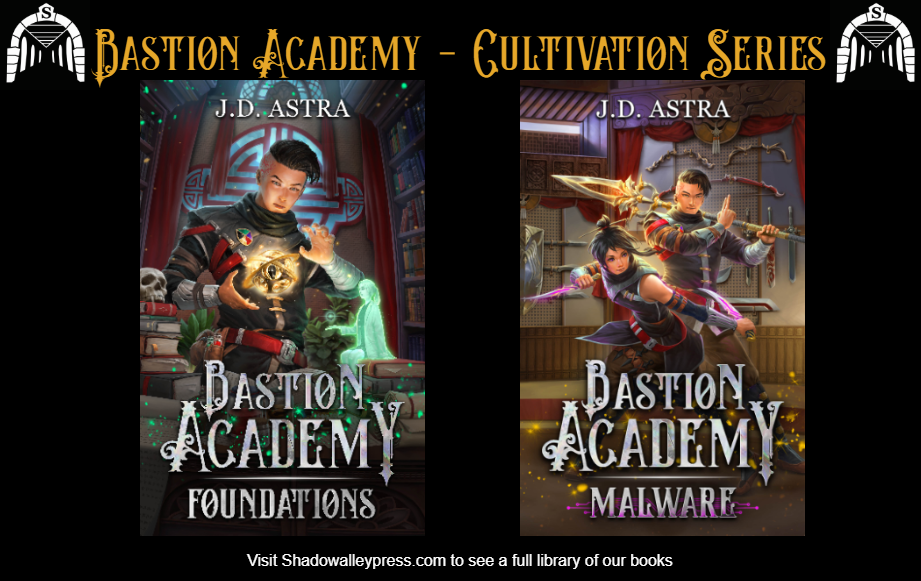 My most recent series, Bastion Academy—which had a book birthday today!—is a low sci-fi, magical academy story set in the far, post-apocalyptic future Korea. With most of the inspiration pulled out of cyberpunk culture blended with a healthy serving of pre-Edo Korea era, it was a fun mashup for sure.

Jiyong is a poor outer-city kid, helping is magic mute mother raise his five siblings, but he dreams of more. He dreams of the ancient’s technology, and magical spells that’ve never been seen; of a school in the kingdom where he can gain the knowledge and the connections to become a great historian; of a world at peace, where everyone is powerful, and no one is subjected to another’s rule.

But that’s not the world he lives in—yet.

What the Future Holds

For future series I have my eyes set on a very steampunk dystopia witches and wizards story. Similar vibe to Howl’s Moving Castle, except more underdog poverty component to the MC. I have yet to pitch this to the publisher so, fingers crossed!