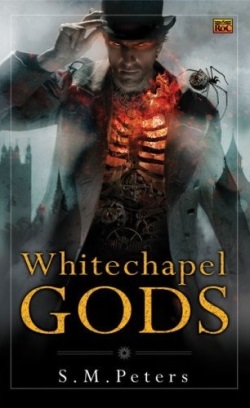 Steampunk is known for some pretty weird stuff. However, “weird” isn’t meant in a pejorative sense; rather it refers to weird fiction, a subgenre that dates back to the late 19th century. Steampunk pairs well with horror, fantasy, and science fiction, so it’s no surprise many authors have taken advantage of the blends to create some pretty wild and fantastical characters and devices. Currently, such books may fall under the “new weird” tag.

One of my favorite examples of a new weird element in steampunk is from Whitechapel Gods by S.M. Peters. In this story, one of the characters, Tommy, basically has a boiler for a heart. Mark Hodder’s The Strange Affair of Spring Heeled Jack also features some very bizarre characters who have been transformed in fantastical ways. Think: giant heads (but I won’t say more for fear of spoilers).

As a result of all this new weird content, steampunk romance has incorporated similar elements since becoming a subgenre in its own right a few years ago. Based on my reading experience, I’ve discovered that weird elements in steampunk romance fall under four general categories:

Allow me to provide a few examples. 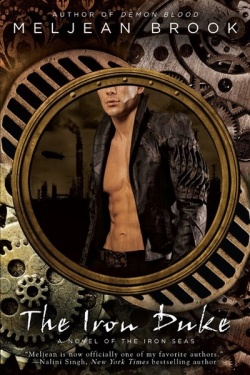 Meljean Brook’s Iron Seas series, which begins with The Iron Duke, is pretty much prosthetic city. Many primary and secondary characters in this series have a prosthetic limb or organ. The prosthetic itself isn’t the weird part–it’s how they’re made, their purpose, and how they’re described. Not everyone can afford a top-of-the-line prosthesis, so some characters have no choice but to contend with oversized, ill-fitting, or clunky mechanical artificial limbs. 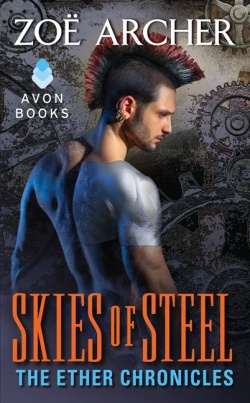 Zoe Archer’s Skies of Fire and Skies of Steel feature steampunk cyborg heroes. The “telumium” implants (indicated by a metallic plate welded to the hero’s torso) make them stronger and faster, but they can never travel far from their airships without dire consequences. 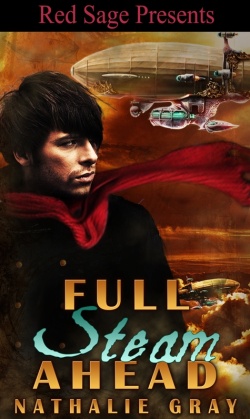 Nathalie Gray’s Full Steam Ahead is an alternate universe/portal story featuring fantastical airships that fly above a poisoned ocean.

P.G. Forte’s This Winter Heart has a heroine whose unique biology would result in her being labeled a freak if anyone were to discover her secret. Through this “weird” element, the story explores what it means to be human. 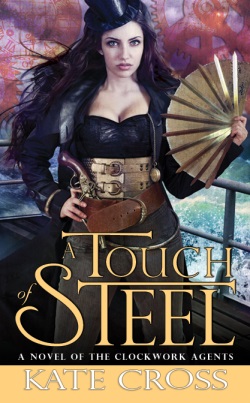 Kate Cross’ Touch of Steel is a spy historical with steampunk elements. The “Clockwork” agents use aether-powered weapons and other gadgets on their missions.

A few authors of steampunk romance have incorporated Weird West elements into their stories. “Weird West” is basically like it sounds: Western stories mixed with weird, strange, and bizarre characters, settings, and situations. When you encounter a Western blended with science fiction, fantasy, steampunk, or horror, you’ve got a Weird West tale on your hands. 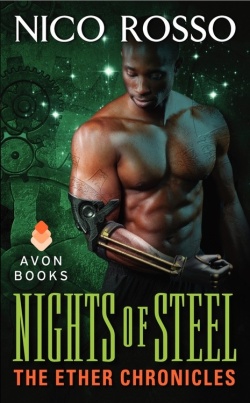 Nico Rosso’s Nights of Fire and Nights of Steel include weird elements such as a massive mining machine with destructive powers and flying ether cycles.

Angelia Sparrow’s short story Meanwhile, Back at the Ranch mixes a Western setting with zombies and steam-powered weapons. 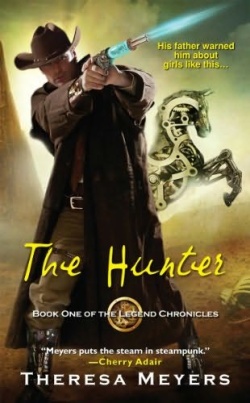 Theresa Meyers’s hero in The Hunter rides a mechanical horse. There’s also a spooky automaton in her short story spin-off The Inventor.

Given the fantastical nature of some “weird” steampunk elements, there can be a significant learning curve even if, as noted above, the elements are mild-medium in nature. In that sense, can there be too much “weird” in steampunk romance for the subgenre to be viable? Or are romance readers comfortable with the status quo? If authors were to push the “weird” envelope a bit further, would readers be interested as long as the romance genre conventions were met?

What do you think?