Home > Books > The Wastes of Keldora by Alex Raizman 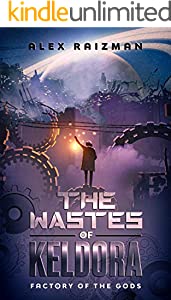 Summoned to another world where gods and monsters roam, Julian continues his streak of bad luck. Rather than touching the Godcore directly, he let his smartphone absorb it. Now, he's got to figure out how to make the Godcore and his phone work together to help the people who summoned him survive their upcoming annihilation by the mad God of Chains.

He's going to have to innovate his way out of his bad luck. Good thing Julian has a plan - he's going to build a factory in a medieval world. 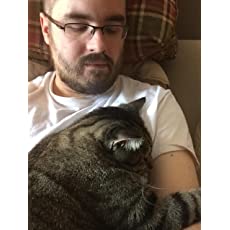 Alex Raizman has been a fantasy, science fiction, and horror fan since elementary school. He calls Stein, Tolkien, and Bradbury his "gateway drugs". A voracious reader, he always planned to write a book "someday".

Being diagnosed with cancer in 2015 inspired him to stop thinking about "someday" and start doing things now. So with the same attitude that once prompted him to tackle a speech impediment by joining his school's competitive debate team, he decided to get serious about writing.

Three years later, Alex is cancer free and thrilled to have published Weird Theology, the first book in his Small Worlds series. Book two, Strange Cosmology, will be published in 2019.

Other Books in "Factory of the Gods" 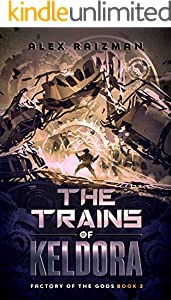 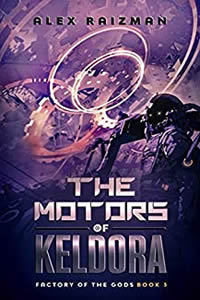 The Motors of Keldora by Alex Raizman
Preview
Disclosure of Material Connection: Some of the links in the page above are "affiliate links." This means if you click on the link and purchase the item, I will receive an affiliate commission. I am disclosing this in accordance with the Federal Trade Commission's 16 CFR, Part 255: "Guides Concerning the Use of Endorsements and Testimonials in Advertising."