Home > Books > The Courtesan of Constantinople 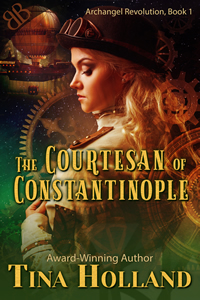 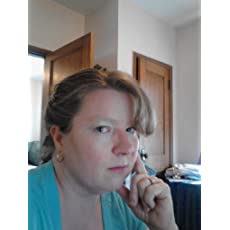 Tina Holland was born in Frankfurt, Germany to military parents and is a self-proclaimed military brat.

Tina began her career by attending a Romantic Times Convention in 2003, and writing a short story for Kathryn Falk's Bordella series. After additional encouragement Tina decided writing was a dream worth pursuing. Her debut e-book, The Pilot and the Pinup was released by Liquid Silver Books in 2005.

Tina continues to write as her schedule allows. She is active in RWA online chapter and also a member of Writer Zen Garden and FM Word Weavers. When Tina is not writing she can be found enjoying her hobby farm in North Dakota. It may seem like a desolate place but with her husband, horses, dogs and cat, it's rarely lonely. It's the perfect fit for a wonderful imagination and an opportunity to be a little naughty.

Other Books in "Archangel Revolution"

Alchemists of Archangel
Preview
Disclosure of Material Connection: Some of the links in the page above are "affiliate links." This means if you click on the link and purchase the item, I will receive an affiliate commission. I am disclosing this in accordance with the Federal Trade Commission's 16 CFR, Part 255: "Guides Concerning the Use of Endorsements and Testimonials in Advertising."