The Blacktop Blues by Richard Levesque 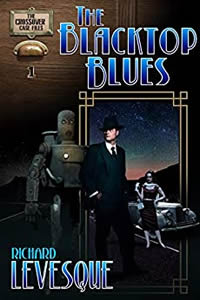 Jed Strait made it through the war unscathed. Or at least, that's what he thought. But now that he's home, he's not so sure, because he’s plagued by horrifying flashbacks. Only, they're visions of events that never occurred.

All he wants is to reconnect with the woman he left behind and get on with his life, but according to the visions, that's the worst thing he could do. If he follows Annabelle to LA, his nightmares could actually become real, but staying in New York with no Annabelle and no explanations will surely drive him mad. 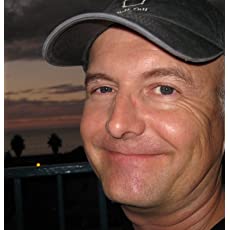 Richard Levesque has spent most of his life in Southern California. For the last several years he has taught composition and literature, including science fiction, as part of the English Department at Fullerton College. His first book, Take Back Tomorrow, was published in 2012, and he has followed it with other science fiction and urban fantasy novels, novellas, and short stories. When not writing or grading papers, he works on his collection of old science fiction pulps and spends time with his wife and daughter.

Other Books in "The Crossover Case" 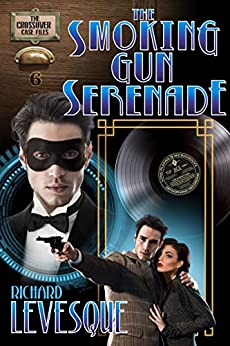 The Smoking Gun Serenade
Preview
Disclosure of Material Connection: Some of the links in the page above are "affiliate links." This means if you click on the link and purchase the item, I will receive an affiliate commission. I am disclosing this in accordance with the Federal Trade Commission's 16 CFR, Part 255: "Guides Concerning the Use of Endorsements and Testimonials in Advertising."