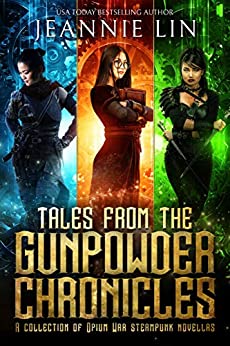 East meets West in a clash of gunpowder technology versus steam in an epic and richly-detailed series.

Asian steampunk at its finest with three new tales of adventure from bestselling author Jeannie Lin.
Features three standalone stories:
Big Trouble in Old Shanghai
The Island of the Opium-Eaters
Love in the Time of Engines

Big Trouble in Old Shanghai
The signs are there. Gangs roaming the streets, the very earth shaking beneath their feet. Ming-fen could tell something was coming to Old Shanghai, but she didn't know exactly what until the city erupted in fiery rebellion -- with her brother caught on the wrong side. With the streets in turmoil, Ming-fen must rely on her fighting skills and a blue-eyed foreign devil to survive the day, and perhaps keep an already broken city from all-out civil war.

The Island of the Opium-Eaters
Sagara Satomi hasn't set foot on land since she was exiled from Nippon and cast adrift upon a ship owned by a notorious Chinese rebel. Rogue alchemist, Yang Hanzhu has spent years chasing dark rumors, plotting a course toward an unmarked island with a mysterious past. Will they uncover the island's secrets? Or be buried there along with them?

Love in the Time of Engines

A prequel to Gunpowder Alchemy.

Amidst rumors the West has developed powerful steam engines, the Ministry of Science seeks to recruit new talent. Golden boy Jin Zhi-fu meets mathematics prodigy Shi Anlei while attending the Academy, but doesn't realize his new friend is a woman disguised as a man. It's the only way she'd be allowed to take the imperial examination.

When Anlei's hidden identity is discovered, Zhi-fu and Anlei are forced into a test more difficult than the exam -- one that challenges the limits of duty, friendship, and love. 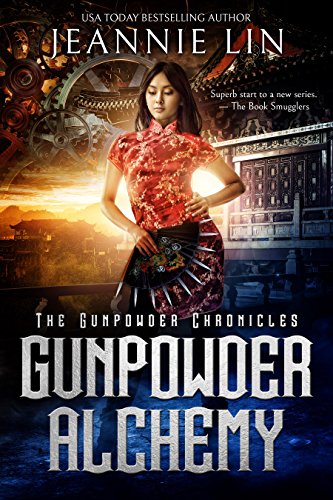 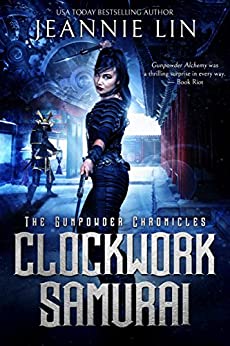 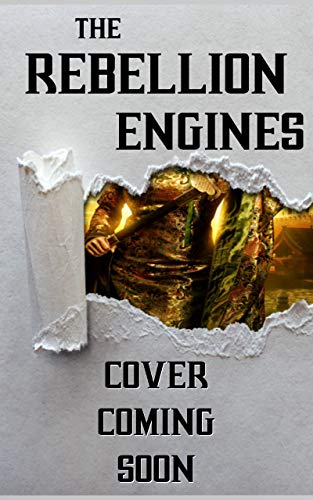