A teen girl has become a prophet of legend. Now she faces her greatest challenge: killing the sun goddess who oppresses her people.

Riwenne has performed countless miracles and saved hundreds of thousands with her powerful magic. With the aid of the moon goddess, she has turned back time and reversed death. The empire is falling apart and its people are looking to the rebels for help. For the first time in centuries, there is hope of a better future. She’s ready to end the violence and find peace.

But her greatest enemy, the sun goddess Chysa, isn’t going down without a fight. She transforms the empress into a demigod who can bring death and destruction on a scale they've never seen before. And together, they make a machine that can kill gods.

To stop the sun goddess once and for all, Riwenne must get her hands dirty again. This time, the evil goddess won’t stop at imprisoning her rival gods. The sun and the moon goddesses are locked in a battle to the death. Riwenne's friends aren't strong enough, so she'll need the help of her own rivals.

Time for her to fulfill her destiny and kill a god.

Riwenne & the God-Killing Machine is the final book in a steampunk fantasy series for teens. If you like magical girls, lesbian romance, and clashes of the gods, then you’ll love Kristen S. Walker’s series of guns and gears. 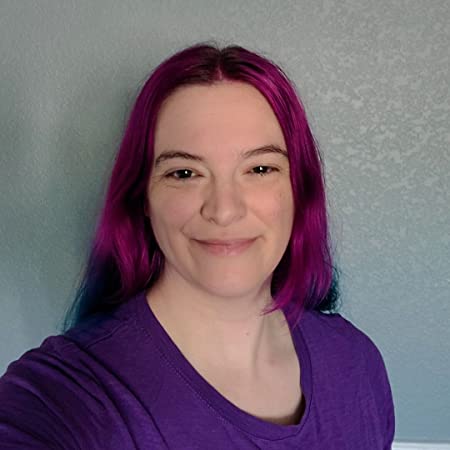 Fantasy author Kristen S. Walker dreams of being a pirate mermaid who can talk to sharks, but she settles for writing stories for teens and adults. She's proudly bisexual, Wiccan, a liberal feminist, and lives in northern California with her family and two rescued pets. To find out more about her stories, please visit kristenwalker.net.