Home > Books > Of Coppers and Cracksmen

When Ellie Whitfield’s accused of a crime she didn’t commit—though she’s committed many—only one man believes her. And he’s the unlikeliest man as well—Detective Bernard Taylor. He’s a handsome chap, but lawmen were never her type. At least, until now…

Bernard Taylor’s hunting down the Butcher of Broad Street, and though Ellie Whitfield’s led the coppers on a merry chase through Islington too many times, the woman’s no cold-blooded murderer. As they work together, he can’t help but be charmed by the vivacious Ellie, and before long, heated glances turn into something more explosive.

However, the closer they get to solving the murder, the deeper the serial killer draws them in—one misstep and they might be his next victims. 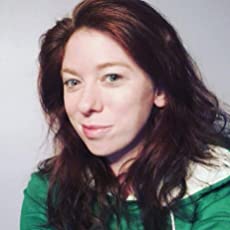 Katherine McIntyre is a feisty chick with a big attitude despite her short stature. She writes stories featuring snarky women, ragtag crews, and men with bad attitudes--high chance for a passionate speech thrown into the mix. As an eternal geek and tomboy who's always stepped to her own beat, she's made it her mission to write stories that represent the broad spectrum of people out there, from different cultures and races to all varieties of men and women. Easily distracted by cats and sugar.

Other Books in "The Whitfield FIles"

Of Alchemists and Arsonists
Preview
Disclosure of Material Connection: Some of the links in the page above are "affiliate links." This means if you click on the link and purchase the item, I will receive an affiliate commission. I am disclosing this in accordance with the Federal Trade Commission's 16 CFR, Part 255: "Guides Concerning the Use of Endorsements and Testimonials in Advertising."