Knight of the Open Road 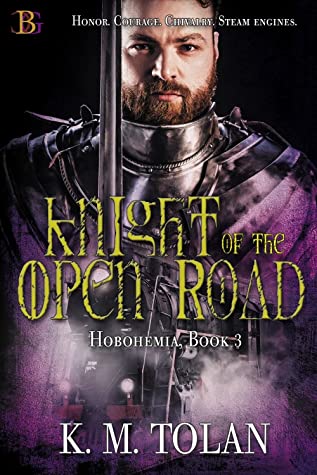 Alex Kiefer’s demons aren’t just personal. They are family and bent on destroying a land he didn’t believe in.

Hobohemia, a world of living rails and steam children, fades in the shadow of modern technology and ideals. Alex literally digs up the plans for a new steam locomotive that can end the threat of diesel engines once and for all. Providing he lives long enough to get to the Baldwin factory.

An aunt far older than she seems will stop at nothing to see Hobohemia’s end. Alex must first confront a far greater foe—an inner rage born of guilt and an angry past.

Being a warrior won’t be enough.

To win back a world, he must become a knight. 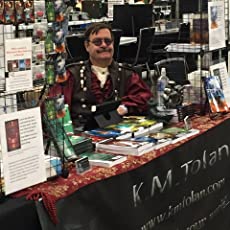 My name is Kerry Tolan, and I write science fiction and fantasy. Why? Well, I can't think of any other format where I can really give my imagination a thorough workout. SF offers a bit more structure for me - things must be grounded in something real. That said, I deal with soft science fiction (referred to as "space opera") - it doesn't rely so much on proven or established theories. Gives me a bit more license.

What is really important to me is the story telling. I like stories that immerse you in other cultures and beliefs. World building is a big thing with me. It is more than the stage, it is a source of discovery. So is presenting characters you can relate to. Regardless of the roles they play, they should be people first. Heroes don't have to be right. Antagonists don't have to be evil. Motivations are not always pure.

So who am I? I'm a retired software engineer in Austin, Texas. I was born and raised near Port Huron Michigan, and entered the US Air Force first as a soldier (Security Police) where I saw combat first hand in Vietnam. After that, I moved on to airborne electronics and finally out into the private world again where a string of events saw me with a lovely wife, two kids, and a career in programming that I continue to enjoy. So what made me a writer? As a kid, I consumed libraries of any SF or Fantasy I could find. This continued on with paperbacks, and I finally decided that I could channel a rampant case of day dreaming into something constructive. I learned the basics (it's not all art, you know) and began the long journey toward publication. 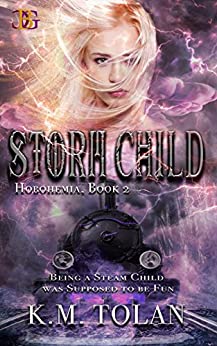 Storm Child
Preview
Disclosure of Material Connection: Some of the links in the page above are "affiliate links." This means if you click on the link and purchase the item, I will receive an affiliate commission. I am disclosing this in accordance with the Federal Trade Commission's 16 CFR, Part 255: "Guides Concerning the Use of Endorsements and Testimonials in Advertising."