Home > Books > Kiss of the Spindle

Kiss of the Spindle 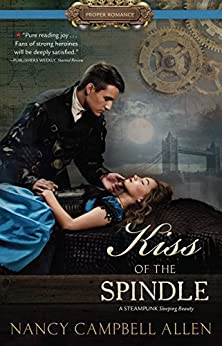 A steampunk Sleeping Beauty story from the author of Beauty and the Clockwork Beast.

Doctor Isla Cooper is cursed. Literally. Each night, at the stroke of midnight she falls into a death-like sleep from which she cannot be awakened for six hours. To make it worse, the curse has an expiration date--after a year, it becomes permanent. And the year is almost up.

In a desperate attempt to find Malette--the witch who cursed her--Isla blackmails her way onto Daniel Pickett's private airship bound for the Caribbean, only to discover she's traveling with three illegal shapeshifters and the despicable Nigel Crowe, a government official determined to hunt down and exterminate every shapeshifter in England. Isla and Daniel must work together to keep the identities of the shapeshifters hidden while coming to terms with their own hidden secrets, and their blossoming attraction to each other.

Filled with suspense, intrigue, and plenty of romance, Kiss of the Spindle is steampunk Sleeping Beauty story. It is a race against the clock as Isla and Daniel try to hunt down the elusive Malette before Isla's death-like sleep becomes permanent. 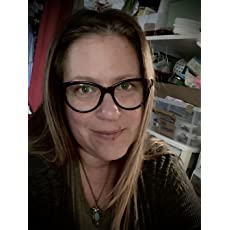 Nancy Campbell Allen is the author of 17 published novels and several novellas, which encompass a variety of genres from contemporary romantic suspense to historical fiction. Her Civil War series, Faith of our Fathers, won the Utah Best of State award in 2005 and multiple books have been Whitney Award finalists, with My Fair Gentleman winning in the romance category in 2017. Her steampunk series is published through Shadow Mountain's Proper Romance line. She has presented at numerous conferences and events since her initial publication in 1999.

Her formal schooling includes a B.S. in Elementary Education from Weber State University and she has worked as a ghost writer and freelance editor, contributing to the releases, We Knew Howard Hughes, by Jim Whetton, and My Life Encapsulated, by Kenneth Brailsford.

Other Books in "Proper Romance" 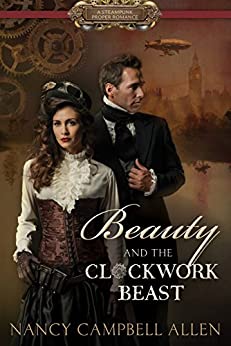 Beauty and the Clockwork Beast 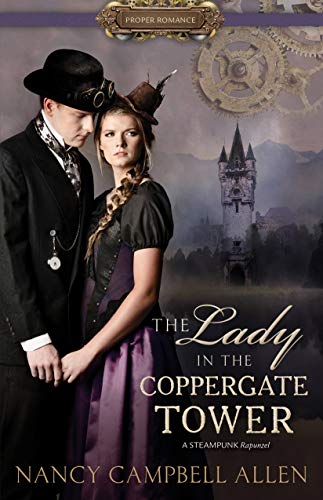 The Lady in the Coppergate Tower 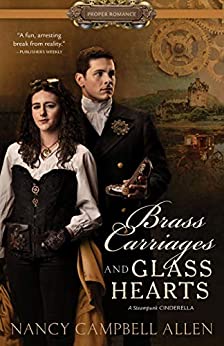 Brass Carriages and Glass Hearts
Preview
Disclosure of Material Connection: Some of the links in the page above are "affiliate links." This means if you click on the link and purchase the item, I will receive an affiliate commission. I am disclosing this in accordance with the Federal Trade Commission's 16 CFR, Part 255: "Guides Concerning the Use of Endorsements and Testimonials in Advertising."