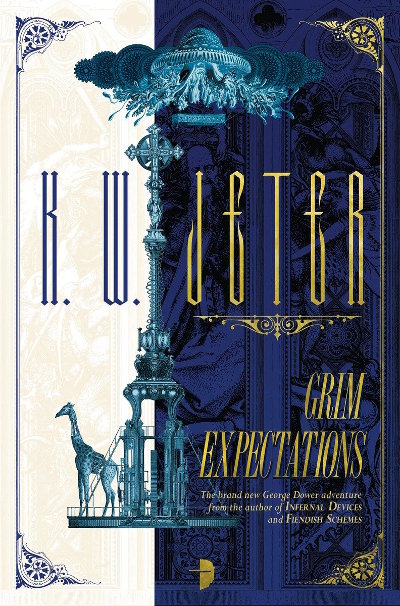 A mind-boggling new sequel to Infernal Devices to celebrate thirty years of Steampunk.

Some time after the events of Fiendish Schemes, George Dower finds himself a widower, of sorts. On her deathbed, Miss McThane entrusts Dower with a small, ticking clockwork box. The box is mysteriously linked to her.

When she breathes her last, the box stops ticking and Dower is able to open it, to find hundreds of letters – written in an unknown hand, signed only with the initial S. They’re not love letters, but refer instead to the letter-writer’s ongoing search for some other person. The last is a simple note, reading “Found him”… 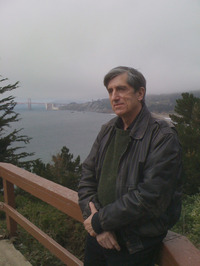 Kevin Wayne Jeter (born 1950) is an American science fiction and horror author known for his literary writing style, dark themes, and paranoid, unsympathetic characters. He is also credited with the coining of the term "Steampunk." K. W. has written novels set in the Star Trek and Star Wars universe, and has written three (to date) sequels to Blade Runner.

Other Books in "George Dower Trilogy" 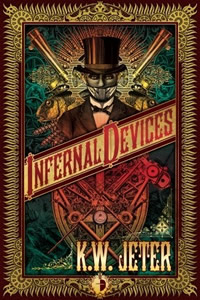 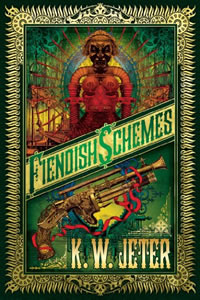 Fiendish Schemes
Preview
Disclosure of Material Connection: Some of the links in the page above are "affiliate links." This means if you click on the link and purchase the item, I will receive an affiliate commission. I am disclosing this in accordance with the Federal Trade Commission's 16 CFR, Part 255: "Guides Concerning the Use of Endorsements and Testimonials in Advertising."