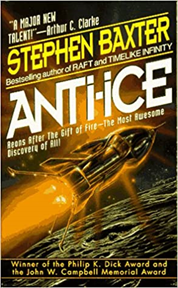 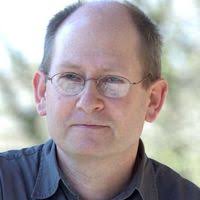 I was born in Liverpool, England, in 1957. I now live in Northumberland. Since 1987 I have published somewhere over forty books, mostly science fiction novels, and over a hundred short stories.

I have degrees in mathematics, from Cambridge University, engineering, from Southampton University, and in business administration, from Henley Management College. I worked as a teacher of maths and physics, and for several years in information technology. I am a Chartered Engineer and Fellow of the British Interplanetary Society.

I applied to become a cosmonaut in 1991 - aiming for the guest slot on Mir eventually taken by Helen Sharman - but fell at an early hurdle.

My first professionally published short story appeared in 1987, and my first novel in 1991. I have been a full-time author since 1995. I am a former President of the British Science Fiction Association (2008-2020), and a Vice-President of the HG Wells Society.

My science fiction novels have been published in the UK, the US, and in many other countries including Germany, Japan, France. My books have won several awards including the Philip K Dick Award, the John W Campbell Memorial Award, the British Science Fiction Association Award, the Kurd Lasswitz Award (Germany) and the Seiun Award (Japan) and have been nominated for several others, including the Arthur C Clarke Award, the Hugo Award and Locus awards. I have published over 100 sf short stories, several of which have won prizes.

My novel Voyage was dramatised by Audio Movies for BBC Radio and broadcast in 1999.