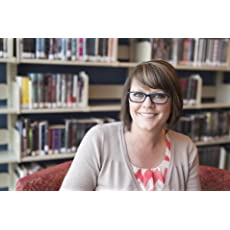 Holli Anderson has a Bachelor's Degree in Nursing--which has nothing to do with writing, except maybe by adding some pretty descriptive injury and vomit scenes to her books. She discovered her joy of writing during a very trying period in her life when escaping into make-believe saved her. She enjoys reading any book she gets her hands on, but has a particular love for anything fantasy.

Along with her husband, Steve, and their four sons, she lives in Grantsville, Utah--the same small town in which she grew up.

Other Books in "A Mormon Steampunk" 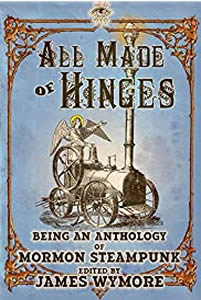 All Made of Hinges

Press Forward Saints
Disclosure of Material Connection: Some of the links in the page above are "affiliate links." This means if you click on the link and purchase the item, I will receive an affiliate commission. I am disclosing this in accordance with the Federal Trade Commission's 16 CFR, Part 255: "Guides Concerning the Use of Endorsements and Testimonials in Advertising."