Home > Books > A Labyrinth of Scions and Sorcery

A Labyrinth of Scions and Sorcery 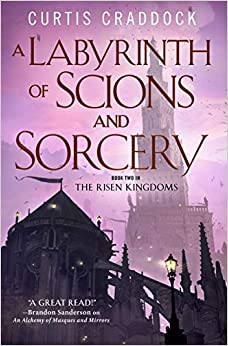 Isabelle des Zephyrs has always been underestimated throughout her life, but after discovering the well of hidden magic within her, unveiling a centuries-long conspiracy, and stopping a war between rival nations, she has gained a newfound respect amongst the cutthroat court.

All that is quickly taken away when Isabelle is unfairly convicted of breaking the treaty she helped write and has her political rank and status taken away. Now bereft, she nevertheless finds herself drawn into mystery when her faithful musketeer Jean-Claude uncovers a series of gruesome murders by someone calling themselves the Harvest King.

As panic swells, the capital descends into chaos, when the emperor is usurped from the throne by a rival noble. Betrayed by their allies and hunted by assassins, Isabelle and Jean-Claude alone must thwart the coup, but not before it changes l’Empire forever. 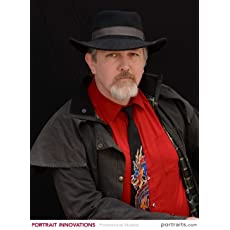 Curtis Craddock was born in the wrong century and quite possibly on the wrong planet. He should have been born in a world where gallant heroes regularly vanquish dire and despicable foes, where friendship, romance, wit, and courage are the foundations of culture and civilization, and where adventure beckons from every shadow.

Instead, he was born on Earth and lives in a world bounded by bureaucracy, hemmed in by cynicism, and governed by the dull necessity of earning a wage. An exile in this world, he is a biographer of friends he's never met, a chronicler of events that never happened, and a cartographer of places that never were.

Given that the mundane world supplies a dearth of oddly progressive kingdoms to be saved, he spends his time saving cats, dogs, and the occasional bird of prey. By day, he teaches Computer Information Systems classes to offenders at a correctional facility. By night, he puts on his writer's cap, the broad-brimmed one with a feather, and, into the prison walls of reality, etches defiant words of legend.

Other Books in "The Risen Kingdoms" 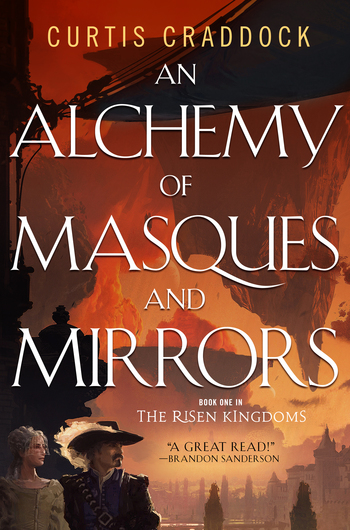 Alchemy of Masques and Mirrors by Curtis Craddock 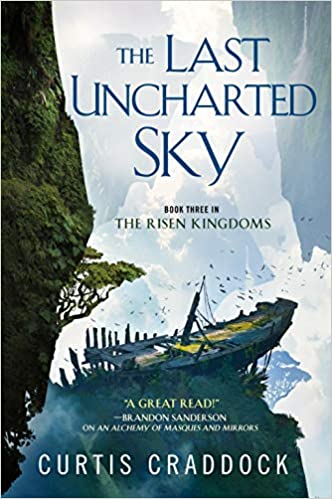 The Last Uncharted Sky
Disclosure of Material Connection: Some of the links in the page above are "affiliate links." This means if you click on the link and purchase the item, I will receive an affiliate commission. I am disclosing this in accordance with the Federal Trade Commission's 16 CFR, Part 255: "Guides Concerning the Use of Endorsements and Testimonials in Advertising."