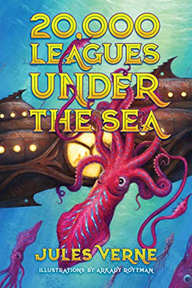 In 1866, sightings of a legendary sea monster prompt a daring expedition out of New York City. Professor Pierre Aronnax, his servant Conseil, and whaler Ned Land are among the crew of the United States Navy frigate Abraham Lincoln. Though they are fearless, nothing prepares them for the “creature” itself—the Nautilus—a powerful, destructive submarine years ahead of its time. At the helm of the vessel is the brilliant Captain Nemo, who pulls the men deep into the wonders of the seas and the dark depths of his mind. 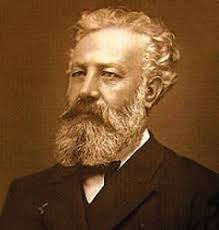 Jules Verne, (born February 8, 1828, Nantes, France—died March 24, 1905, Amiens), prolific French author whose writings laid much of the foundation of modern science fiction. Verne's father, intending that Jules follow in his footsteps as an attorney, sent him to Paris to study law.